Azzan Yadin Presents: “Is the New Testament a Jewish Work?” 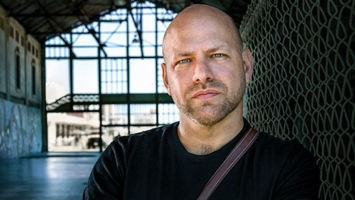 Though the New Testament is the textual foundation of Christianity, recent decades have witnessed a growing recognition among scholars that this view does not do justice to the historical reality underlying the composition of many of the works that make up the New Testament. This talk will present some of the findings driving this new approach, and ask whether it is possible to reclaim the Gospels and, perhaps, Paul, as Jewish sources.

Azzan Yadin-Israel received a B.A. from the Hebrew University, and a Ph.D. from the University of California, Berkeley and the Graduate Theological Union. A Professor of Jewish Studies and Classics at Rutgers, he teaches courses on rabbinic literature, classical Jewish philosophy, the history of Jewish mysticism, and Plato. His books include /Scripture as Logos: Rabbi Ishmael and the Origins of Midrash/and /Scripture and Tradition: Rabbi Akiva and the Triumph of Midrash/(both from the University of Pennsylvania Press), /Intuitive Vocabulary: German/, the first of a planned series of volumes that uses cognates to facilitate the study of foreign vocabulary, and “The Grace of God and the Grace of Man: The Theologies of Bruce Springsteen.” His articles cover a wide range of topics: the relationship between Homer and the Hebrew Bible, the secularization of biblical and rabbinic terms in modern Hebrew, the role of oral tradition in the earliest Christian communities, and a variety of studies on biblical and rabbinic literature.

This event is free and open to the public.
Cosponsored by Classical & Near Eastern Studies and Religious Studies